Do you know about jeans history? It's a really interesting one! And we keep wearing them into different sizes, colors and designs. OMG! Believe it or not, jean’s origins are Celtic! And they are over 2600 years old. Despite, it was a garment only for men.In 1860 the jean was created by the hand of Levi Strauss, during the gold fever, in San Francisco. Its name came from San Panthaleon, a doctor and a martyr in the IV century and the iconic figure of Venice.The feminist, Amelia Bloomer was the first introducing the jeans for women.She designed a skirt to the height of the knee and below, there were baggy jeans, inspired on the traditional Turkish custom.But her creation didn’t have the acceptance she expected, because the feminist movement was considered a threat in this century.The first time women could wear jeans, was just for work purpose. But then, the great fashion designer Coco Chanel gave jeans a feminine touch. And so, she made a trend between all social standards.123 DREAM IT! ♡♡♡ 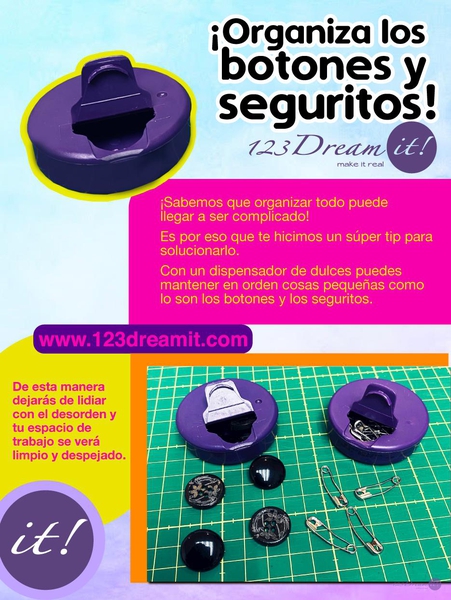 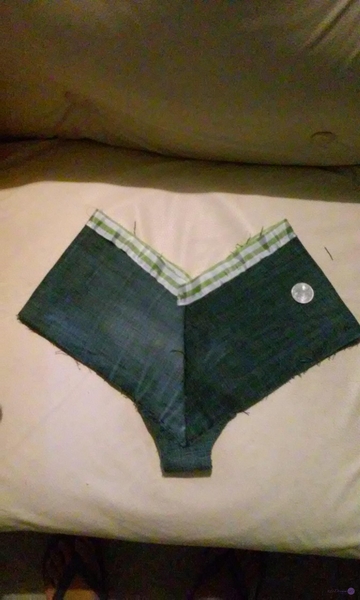 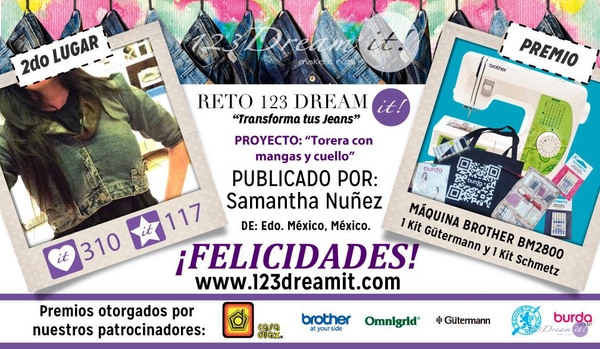 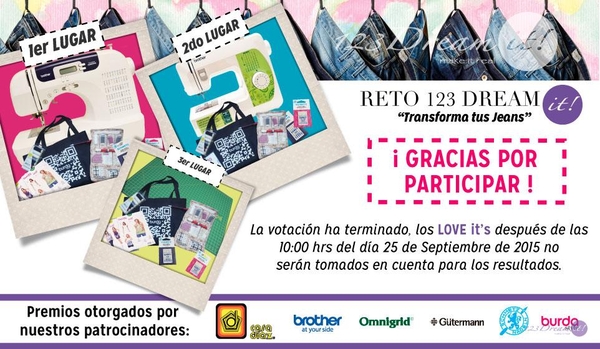 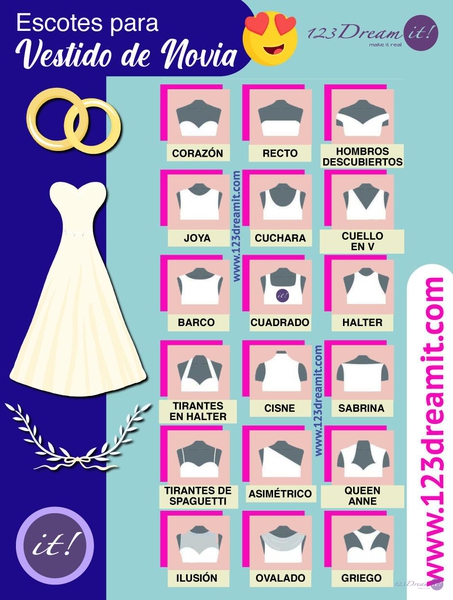 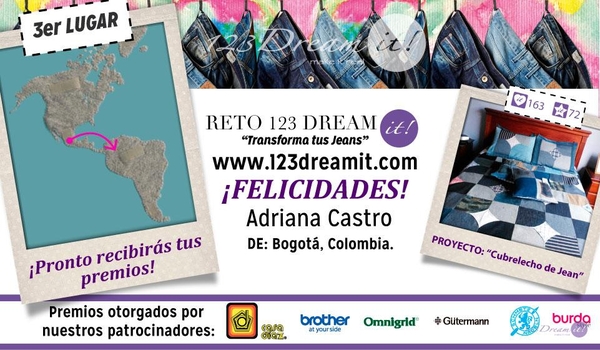 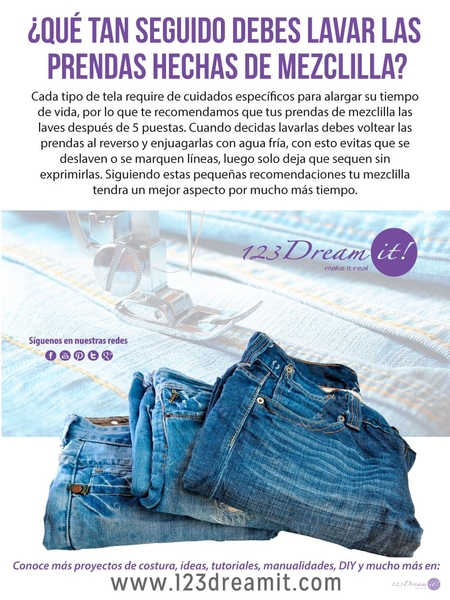 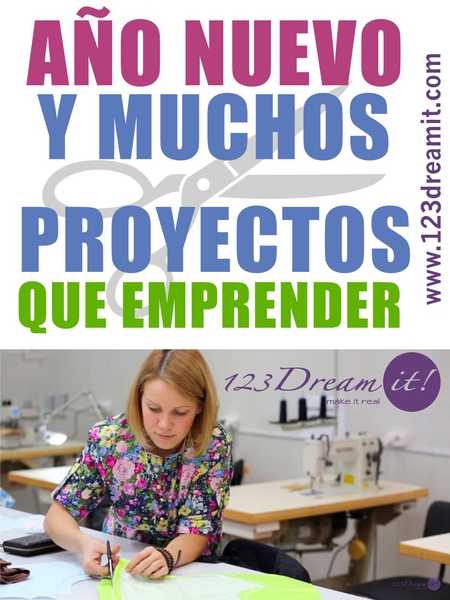 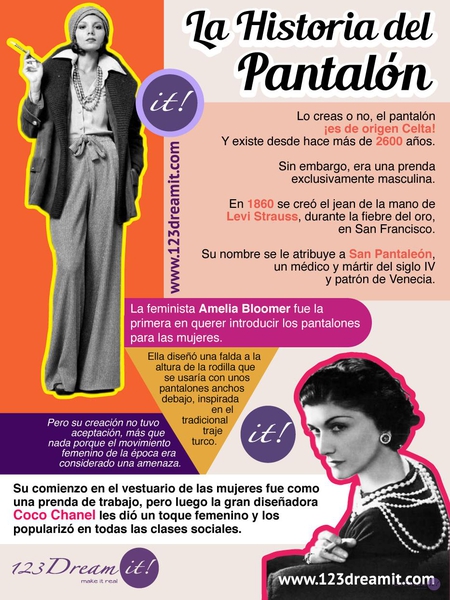 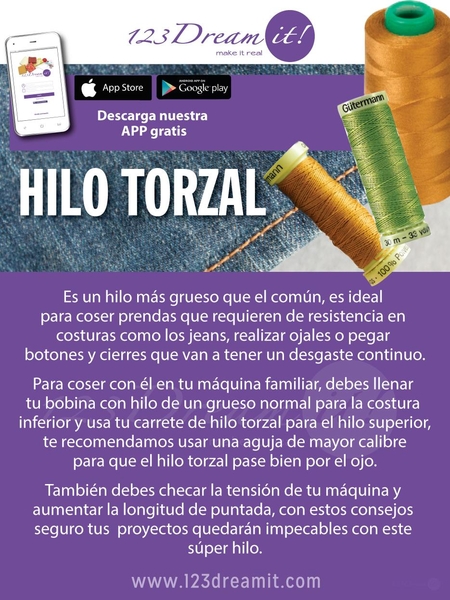